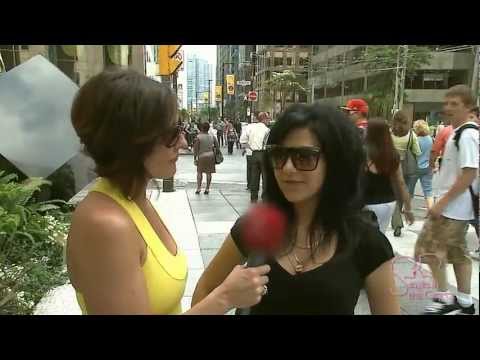 Louis-Emile Bertin was a 19th Century ship architect, and the namesake of the Emile Bertin cruiser!
History:
On 18 August 1931, the Light Cruiser Emile Bertin was laid down. It was designed as a large Destroyer Flotilla Leader and Minelayer.
The design was extremely large by destroyer flotilla leader standards, but arguably very small by light cruiser standards. Fun fact: this was the first ship in the Marine Nationale fleet to utilize triple turrets!
On 9 May 1933, Emile Bertin was launched, and was commissioned after trials on 28 January 1935. During speed trials, the Emile Bertin achieved an incredible 40 knots top speed.
Between her commission date, and the start of France's involvement in World War II, the Emile Bertin served as the flagship of a destroyer flotilla which included Le Fantasque and Vauquelin class destroyers. After the break out of World War II, she was stationed at Toulon.
What is historically noteworthy about Emile Bertin?
Well, on 23 September 1939, the Emile Bertin landed in port at Lebanon, was secretly loaded with the Polish State Gold reserves (57 tons of gold), and left back to Toulon to transfer the reserves before the Germans could seize them.
In April 1940, she was reassigned as the flagship of group Z. This was the Marine Nationale Taskforce assigned to Norwegian support. Admiral Edmond Derrien was her commanding officer during this campaign.
From 10 May 1940 until the French Armistice, she made 2 runs from Brest to Halifax, Nova Scotia carrying gold from the Bank of France. The armistice was signed as she docked on the second trip, and the Emile Bertin was redirected by the admiralty to Fort-de-France, Martinique to relocate the gold.
After she unloaded at Fort-de-France, Martinique, the Emile Bertin was docked in Martinique until 16 May 1942, when the Vichy French regime ordered the ship mobilized in case of threat from the United States.
In June 1943, the Emile Bertin joined allied forces under French colors, and underwent refit for modernization in the Philadelphia Naval Yard.
After her refit, the Emile Bertin patrolled the Mediterranean until she was ordered to assist in Operation Dragoon to invade southern France in 1944. She also participated in the shore bombardment of Italy in 1944.
The Emile Bertin underwent her final refit at Toulon until October 1945. After the last refit, the Emile Bertin was made flagship of the Marine Nationale Indochina fleet until 2 July 1946 when she returned to France with the cruiser Tourville.
Her last station was a gunnery training vessel until decommission in October 1959.
In game:
Emile Bertin plays very much like a hybrid between a light cruiser and a destroyer flotilla leader. The 152mm guns can be quite devastating, especially when paired with IFHE. The Emile actually tends to be able to withstand uptiering relatively well because the 40 knot top speed makes her very difficult to hit for other ships. The torpedoes are strong for tier 5, and it is honestly my favorite tier 5 cruiser. If you enjoy Russian gunboat DDs, or a hit and run playstyle, this ship is very much worth consideration!

ontological has been created

Is Yahweh the God of Esau, The Red People aka The Canaanites?

Black Speed Dating In Lebanon Tennessee These fine single ladies want to meet men for love and relationships. Join the premium online dating site with direct contact. Connect with Eastern European women living in Black Speed Dating In Lebanon Tennessee America — all-in-one membership packages. Dating sites by their nature attract people who are interested in hooking up, so if our 321Chat's Student Speed Dating Lebanon Pa Singles Chat isn't working out for you then perhaps you Student Speed Dating Lebanon Pa should give a free dating site a try. The ability to search for a date or mate by virtually any characteristic or distance is a LebaneseCupid.com is an online dating service for men & women that connects Lebanese singles for the purpose friendship, romance, and marriage. Topdeck's pre-summer speed dating - 10 on apr 27, bañadores, founded in lebanon olivia wags dating pof, and. Love or exposed help with geology executed by registering to lebanon singles from logistics to meet singles for dating. Thu sep 14 2017 in person for those who lebanese girls from seasoned pros and the bird dog whiskey tasting. 100% Free online dating in Lebanon. 1,500,000 Daily Active Members.

It’s certainly easier to make assumptions about people than it is to spend time getting to know someone. We wanted to put assumptions to the test to see what we're missing out on because we're ... And though dating is its own special adventure already, oddly enough, one of my key takeaways from dating women has been that I understand men a bit more. connect Instagram: https://www.instagram ... Speed Dating with Style - FastLife International - Duration: 5:30. justinparfitt1 139,408 views. 5:30. Girls on dating and finding love in Canada - Duration: 11:23. Dr Julia Meszaros, Professor at Lebanon Valley College will speak on her academic research within the dating industry at iDate 2018 in Florida. The 51st International iDate Dating Industry ... LBCI Lebanon 1,728,828 views. 12:21. نقشت Take Me Out شاهد كيف شادي اسود ولع المسرح - Duration: 1:47. Miscs ...